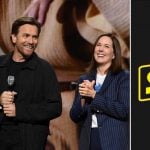 Star Wars began as solution to George Lucas’s inability to secure the rights to make a Flash Gordon movie. Four decades later and it has grown into a multi-generational movie franchise with the most impassioned fan base, for good and for bad. Lucasfilm President Kathleen Kennedy recently talked about fan reactions and feedback, and while […]

The post Editorial: What Role Does the Voice of Fans Play in Star Wars Today? appeared first on Star Wars News Net.