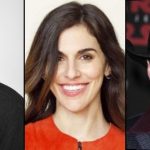 Yesterday we reported about the future of Star Wars movies and Kathleen Kennedy’s future as President of Lucasfilm. A bit more light has been shed on the next Star Wars film and future of Lucasfilm, according to The Hollywood Reporter. Untitled Star Wars Film (2020) THR is reporting that Kennedy has a director […]