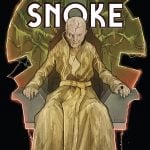 Supreme Leader Snoke is arguably the most mysterious character of the sequel trilogy – at least in terms of his origins and how he came to command the First Order. His presence in the sequel trilogy is much larger than his screen time. His unique appearance and strength in the dark side immediately got my […]