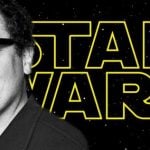 Production for Jon Favreau’s Star Wars series is about to begin, and as such, sets for the show have already been constructed. Take a look at them inside… With set photos taken by Making Star Wars, we see what looks to be a Mos Eisley or Mos Espa-like series of buildings, suggesting a Western-influenced setting. Favreau […]